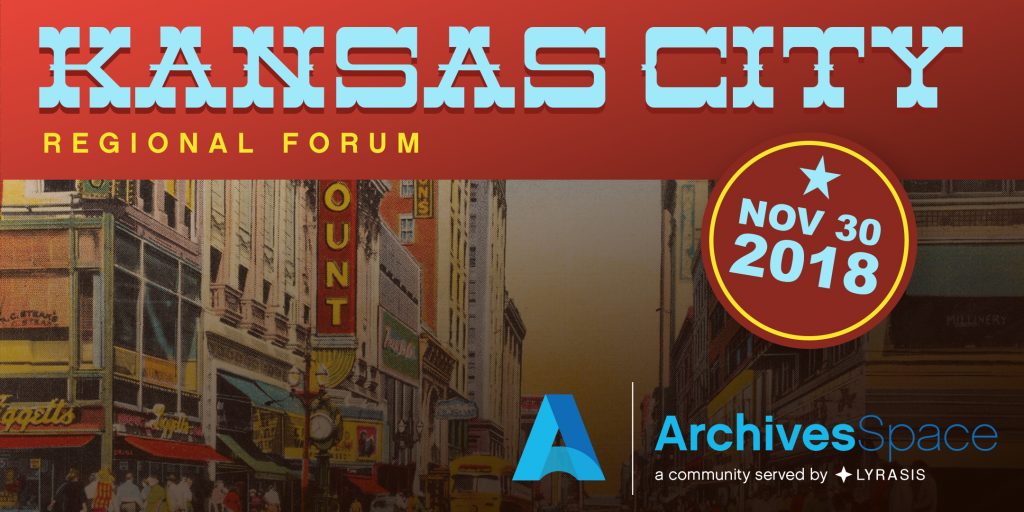 As soon as Christine Kim mentioned the possibility of organizing regional forums around the United States in addition to the main forum held every year in conjunction with the Society of American Archivists’ annual meeting, I told her I was interested in seeing a forum happen in the Kansas City area.

Why, you may ask?  I’m part of the leadership for the Kansas City Area Archivists and have the past couple years heard people talking about using ArchivesSpace at our meetings.  While I wasn’t sure how many of us there were, I knew there would be interest in a group getting together to share information.

Coming from the Midwest, I’m used to lots of conferences and other meetings being hosted on one of the coasts, or maybe in Chicago.  I wanted to have a forum closer to home for those of us not living in one of those areas.  Also coming from the Midwest, I suspected people in neighboring states might be willing to drive a few hours to the Kansas City area.  (We had attendees from Kansas, Missouri, Texas, and Iowa, and two of our working group members were from Arkansas and Oklahoma. During the forum, we had a substantive discussion about what constitutes “regional” for institutions that may be more spread out than those who attended either the Boston or the Southern California forums held earlier in 2018.)

After SAA wrapped up in the summer of 2018, Christine contacted me about moving forward with the Kansas City regional forum. She got together a small working group (none of us actually based physically in Kansas City!). Over a pretty tight timeframe of a little over 8 weeks, the working group met via conference call and email to organize the forum.  While there was some fast turnaround needed occasionally in order to get information out to potential attendees, the time commitment was not overwhelming, and most of the planning was done via email. A lot of this work was helped by a) the Kansas City Area Archivists securing the meeting site at the Midwest Genealogy Center in Independence, Missouri in conjunction with their half-day educational symposium; and b) Christine having already organized two previous regional forums. She had draft schedules and content to send out to the ArchivesSpace membership that we could work from; and, as is frequently the case, the work goes more quickly and more smoothly when you do not totally have to reinvent the wheel.

The regional forum itself

We had a smaller turnout than I personally hoped for the KC forum, but I think it was a great benefit to those who attended.  We had two very different workshops in the morning, one on using Git and navigating GitHub (thanks to Jamene Brooks-Kieffer, data services librarian at the University of Kansas!), and one on controlling data in ArchivesSpace, taught by Miloche Kottman, head of cataloging and archival processing at KU.  I specifically asked for the Git workshop based in part on my own frustrations navigating GitHub when looking for repositories related to ArchivesSpace code.  The ArchivesSpace controlled data workshop was based on feedback from individuals registering for the workshop and what they were most interested in learning about in using the staff interface. The afternoon was largely free-form and discussion-based, an opportunity for users from a variety of institutions at different places in their ArchivesSpace implementation to speak frankly about migrations, starting from fresh, planning, and generally working in ArchivesSpace—which was exactly what I hoped for when suggesting KC as a location to host a forum. 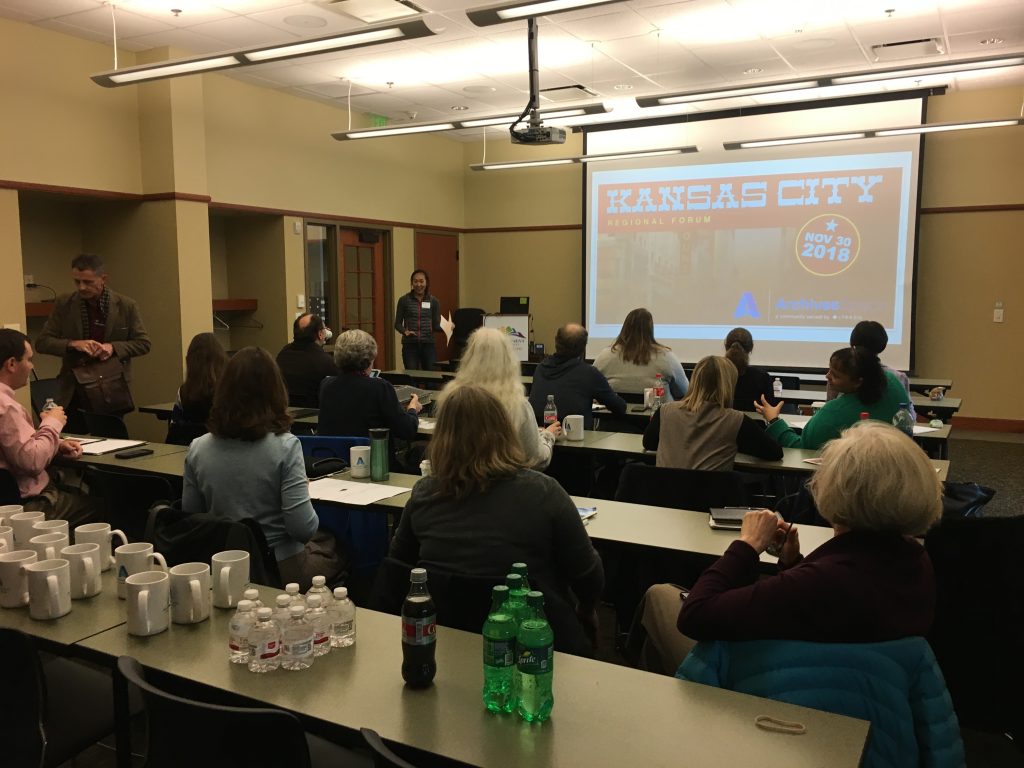 My takeaways?  In-person get-togethers to discuss something as important as a communally used and created collections management system are always helpful!  If you’re interested in hosting a regional forum, I would definitely suggest getting in touch with the new community engagement coordinator.

Marcella Huggard is the manuscripts coordinator at the Kenneth Spencer Research Library, part of the University of Kansas libraries system, where she oversees all manuscripts processing and finding aid creation in ArchivesSpace. She is also happy to give visitors tips for things to do and see in Kansas City or in Lawrence.

All About Community is a blog series that highlights the many teams and groups that contribute to the growth and development of ArchivesSpace. This series aims to provide insight on how our diverse community comes together with a shared vision to preserve permanently valuable records and provide access to our researchers.